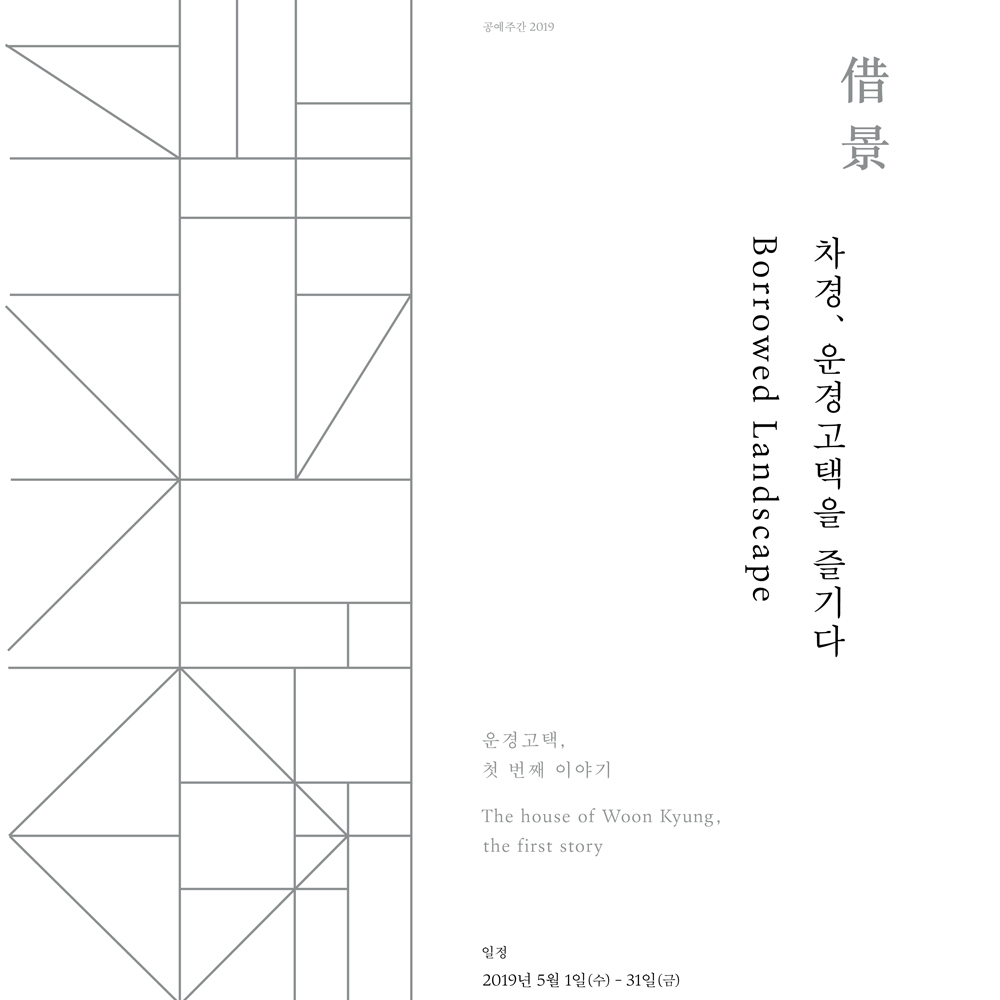 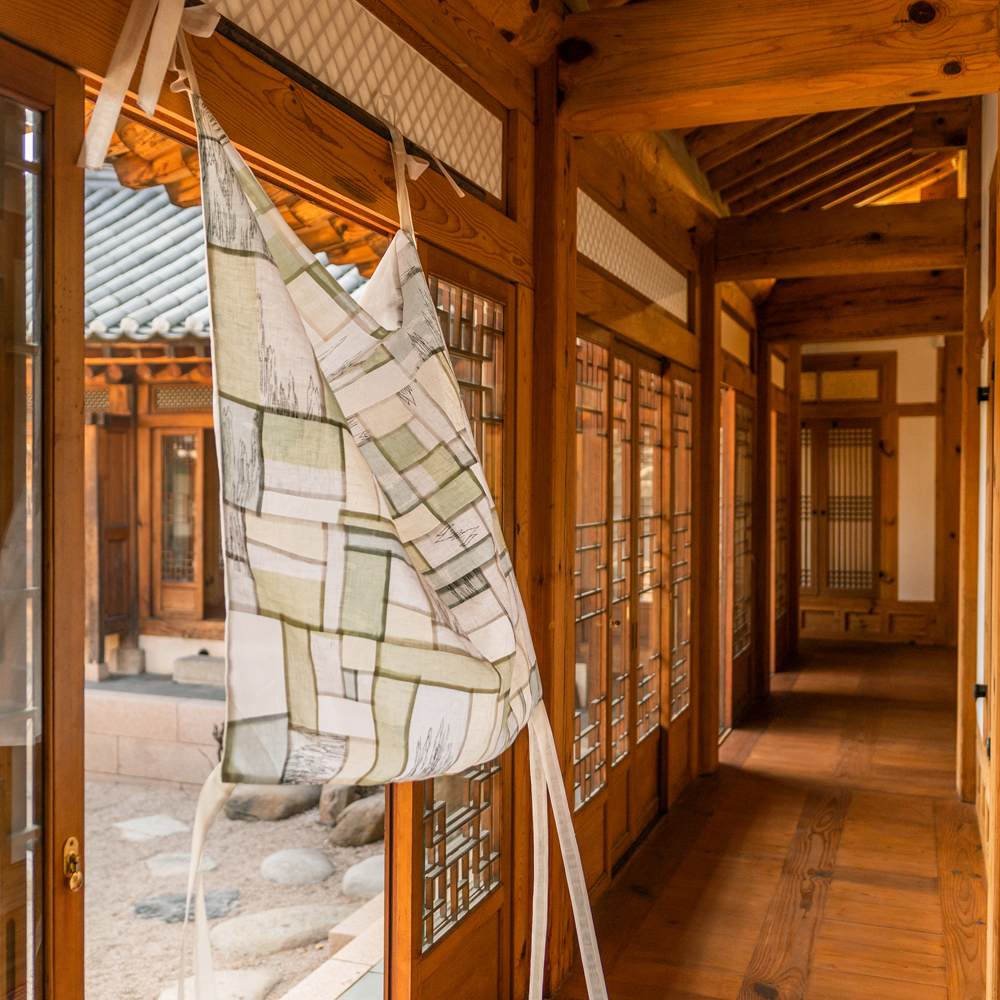 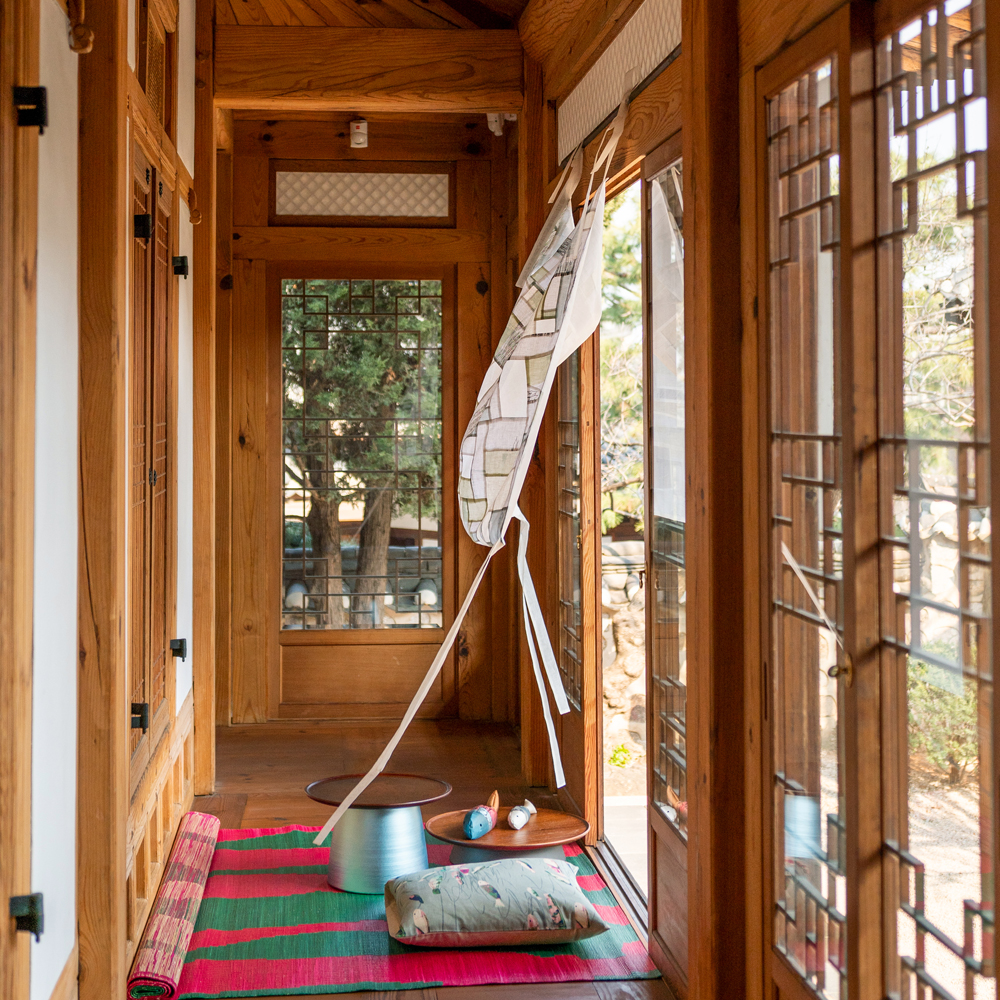 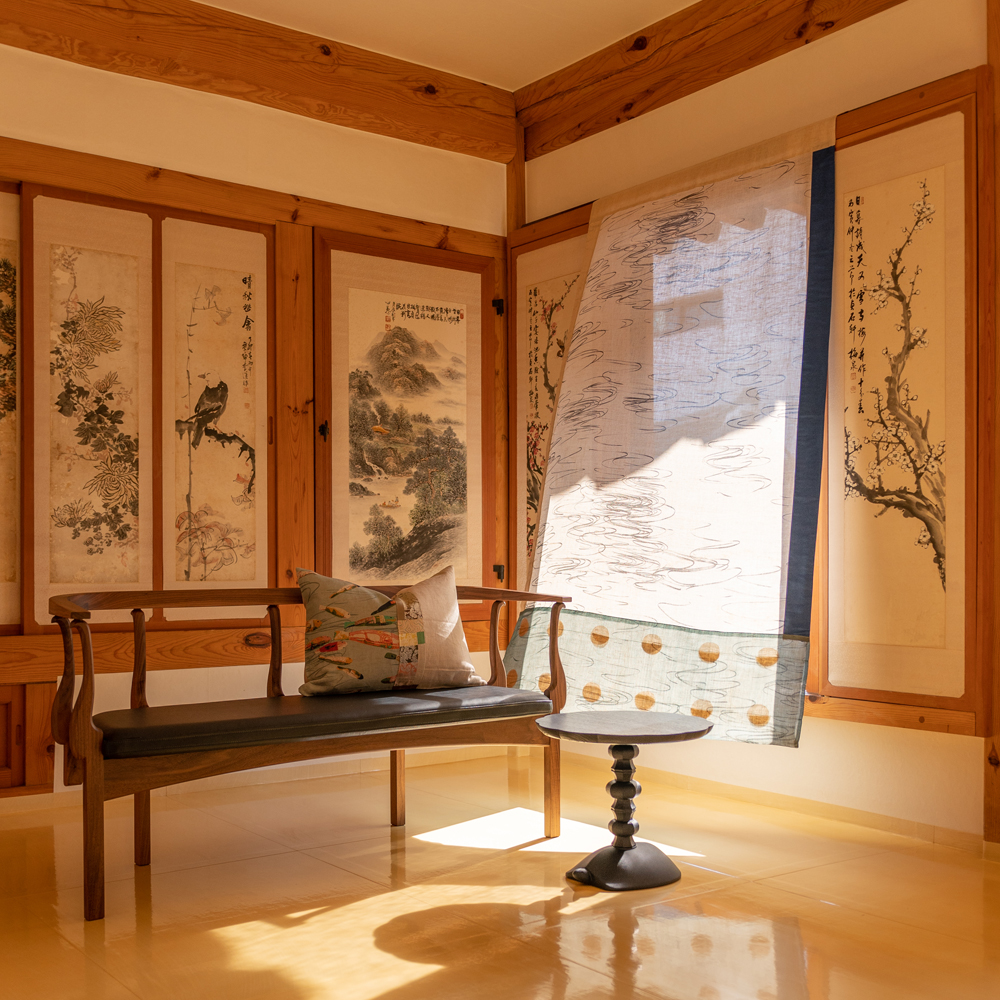 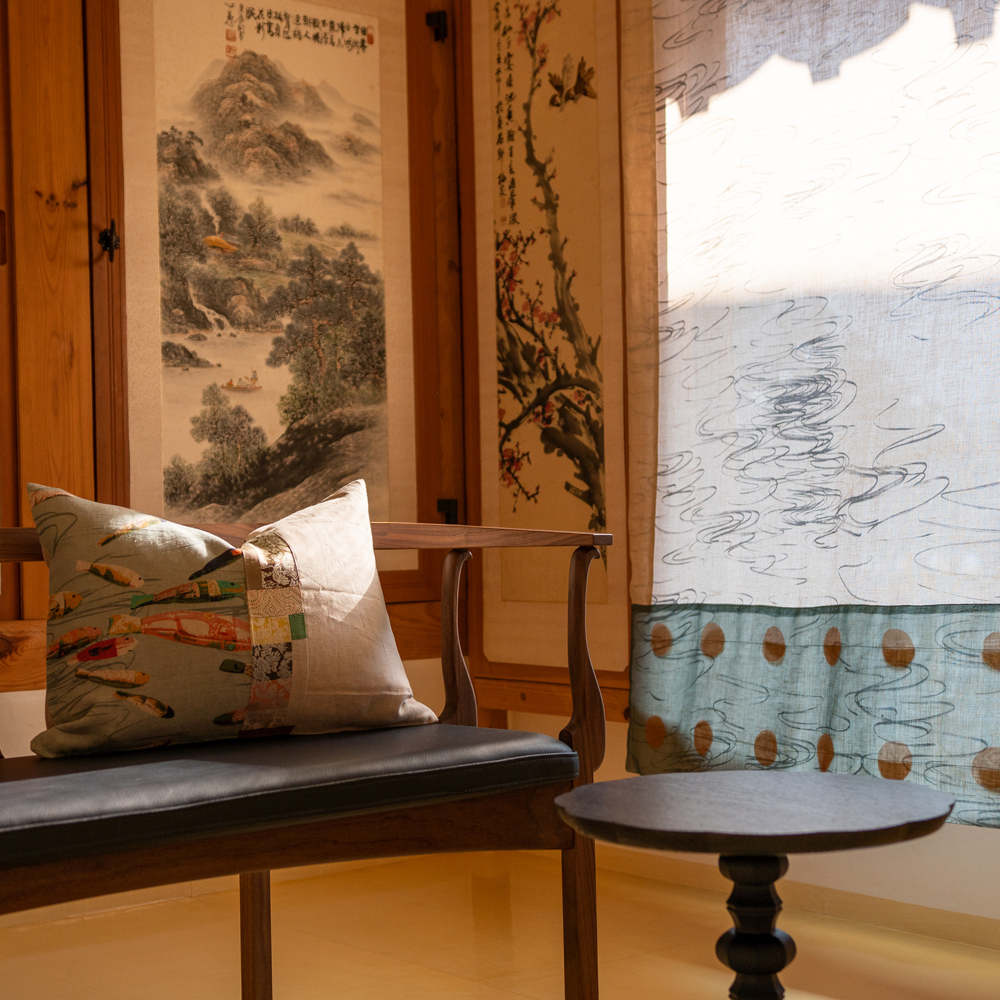 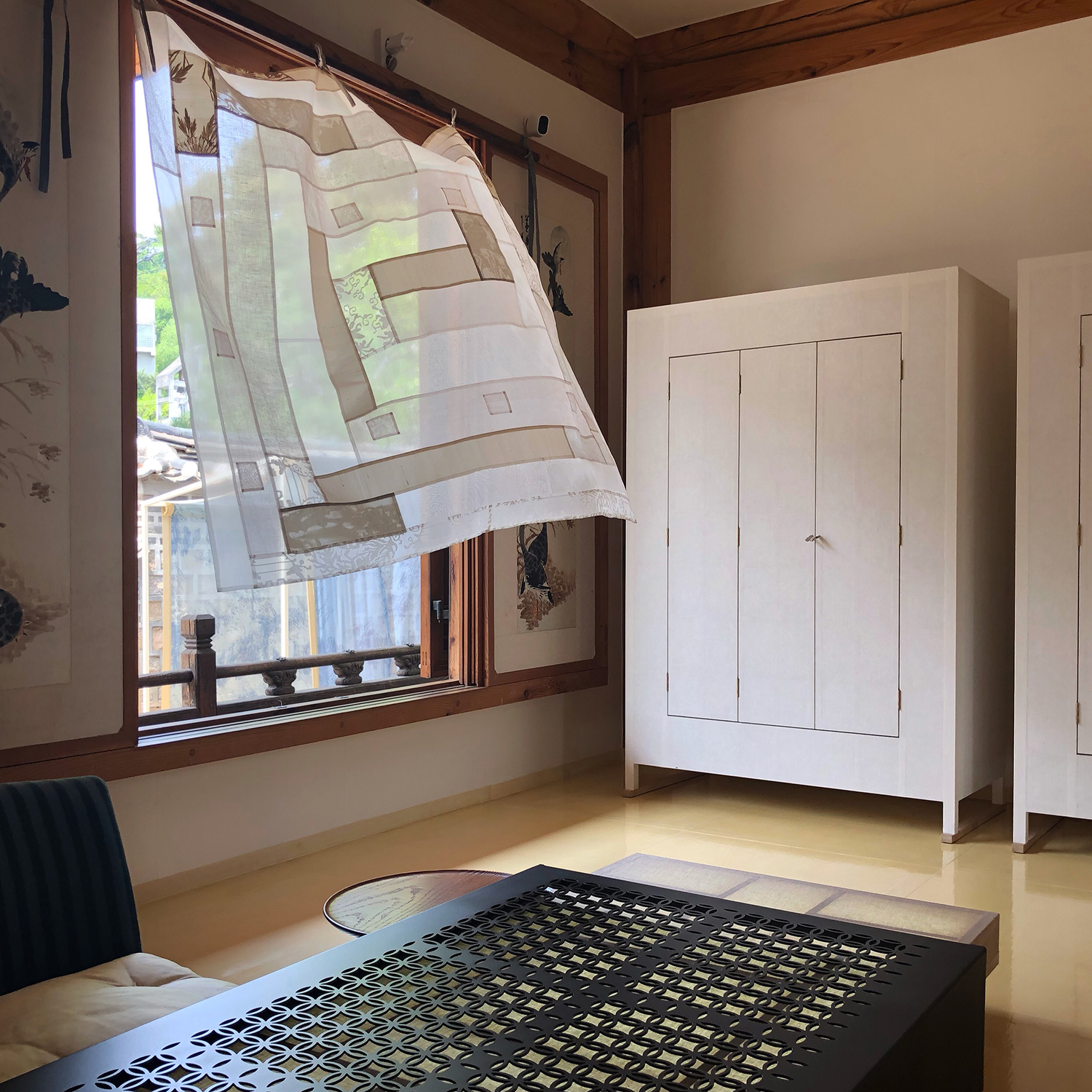 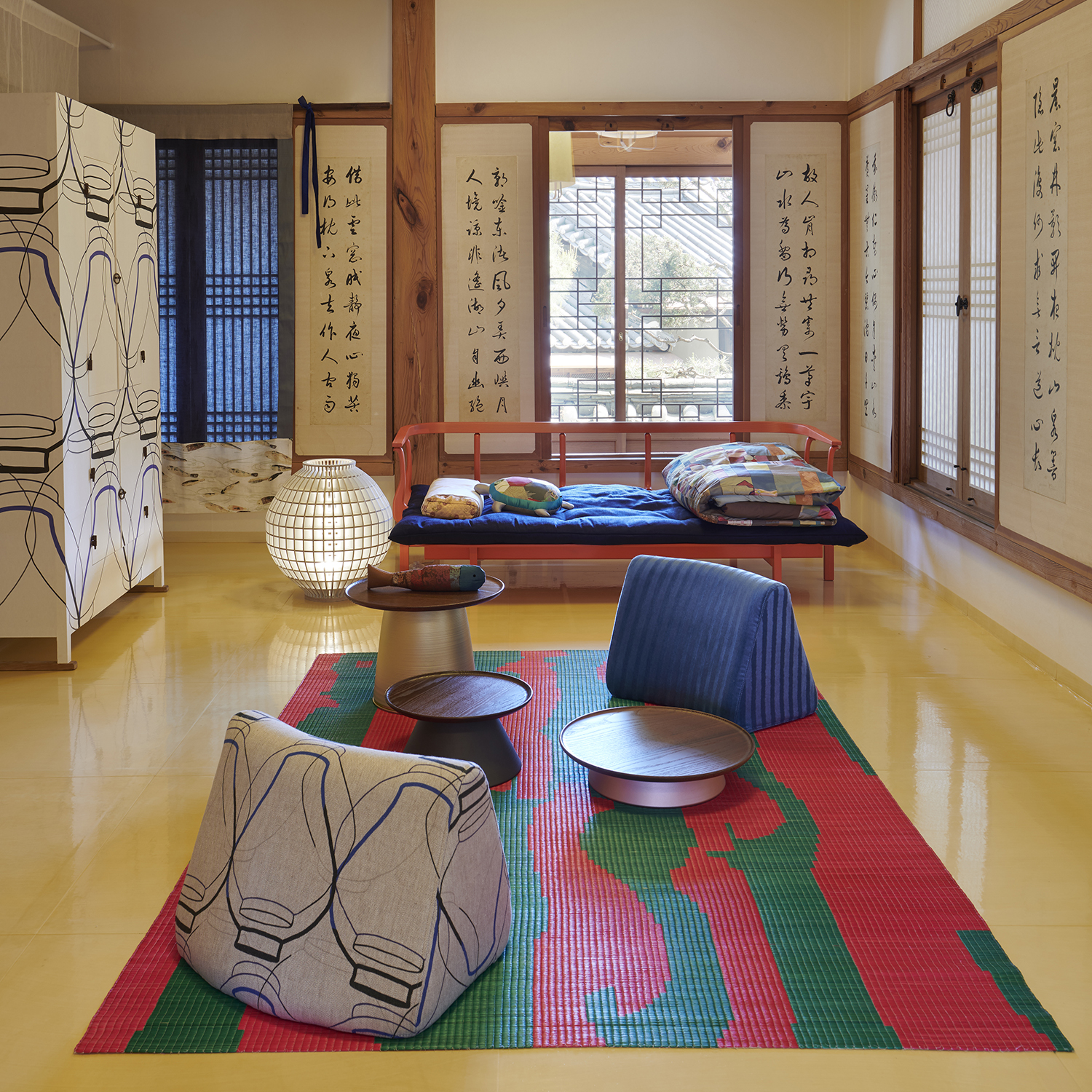 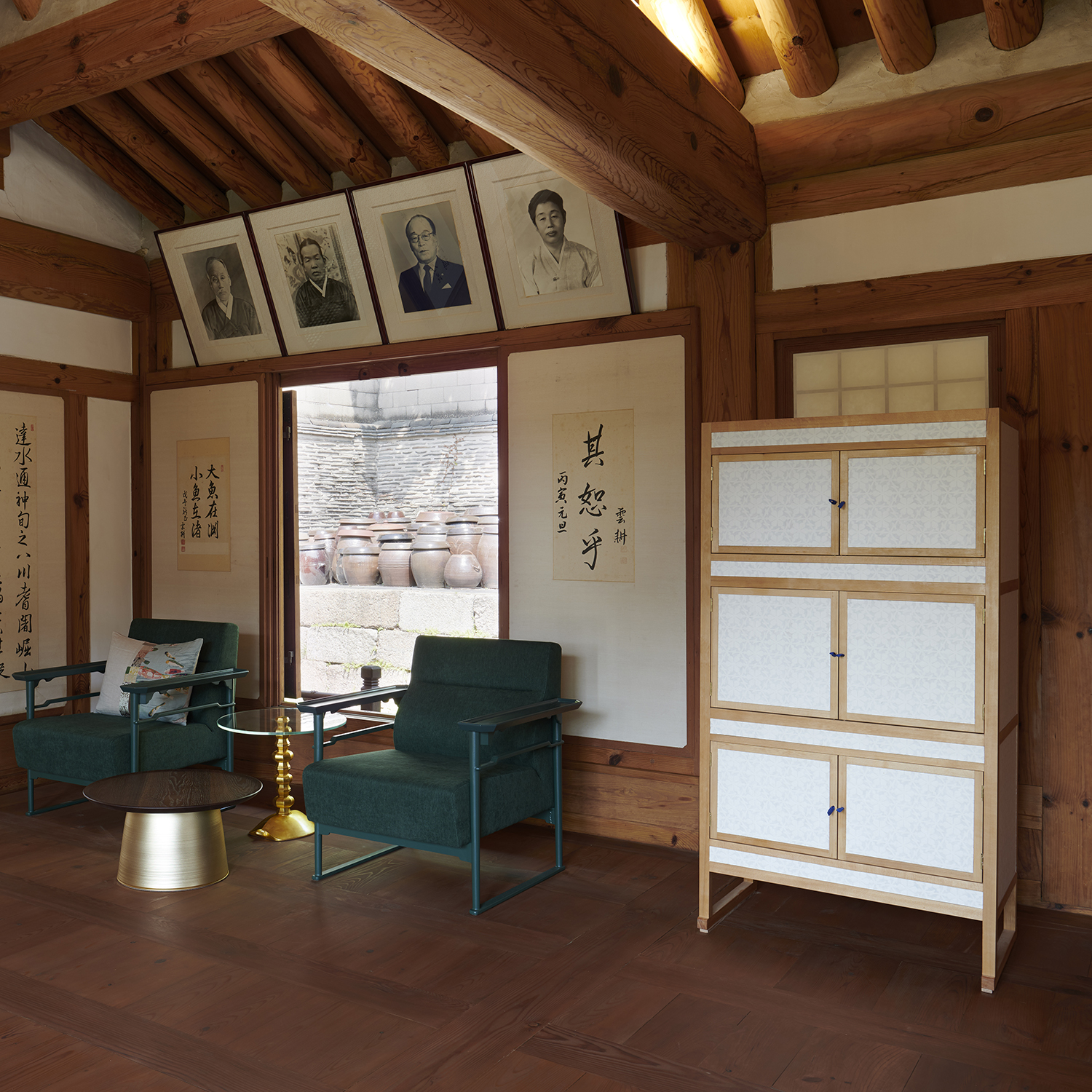 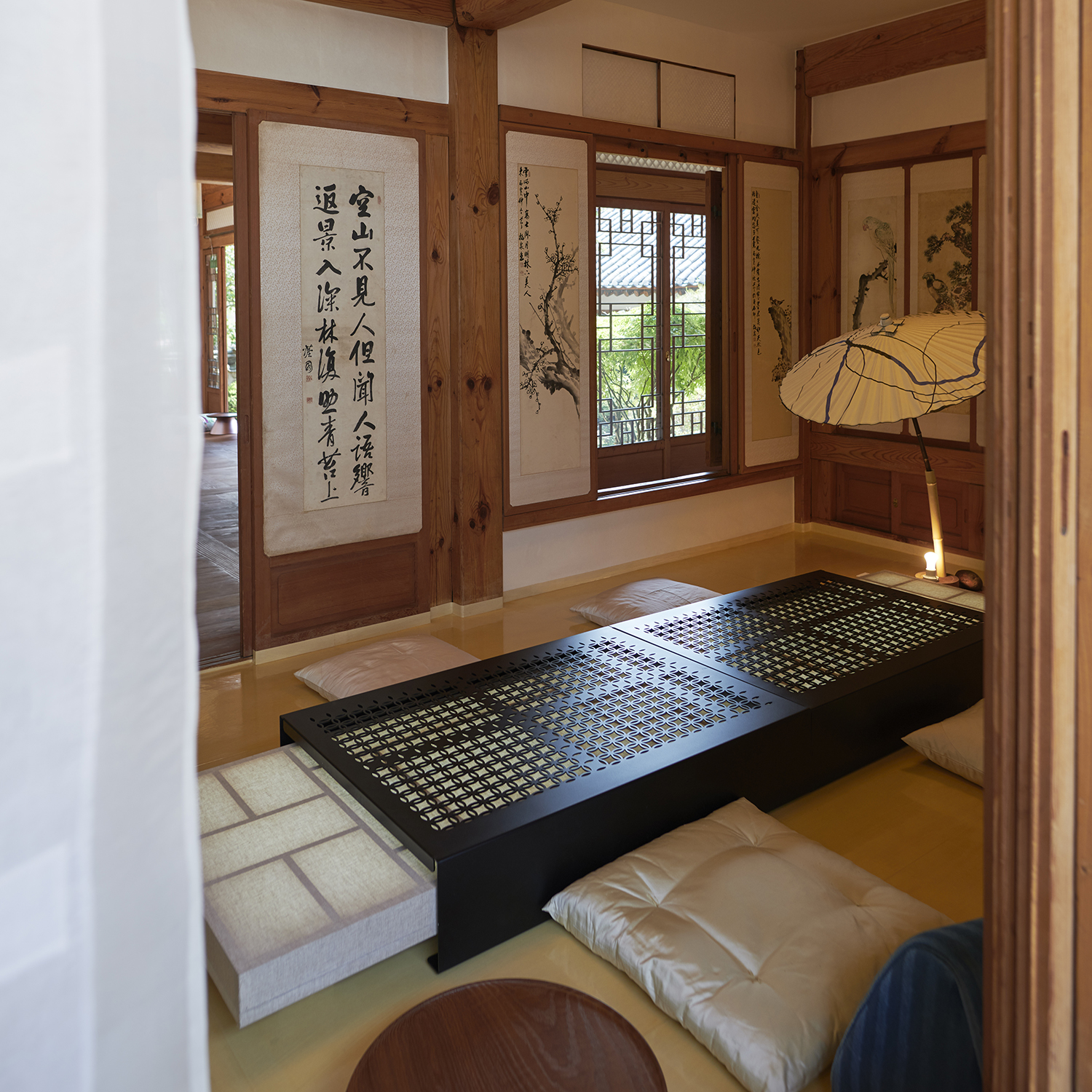 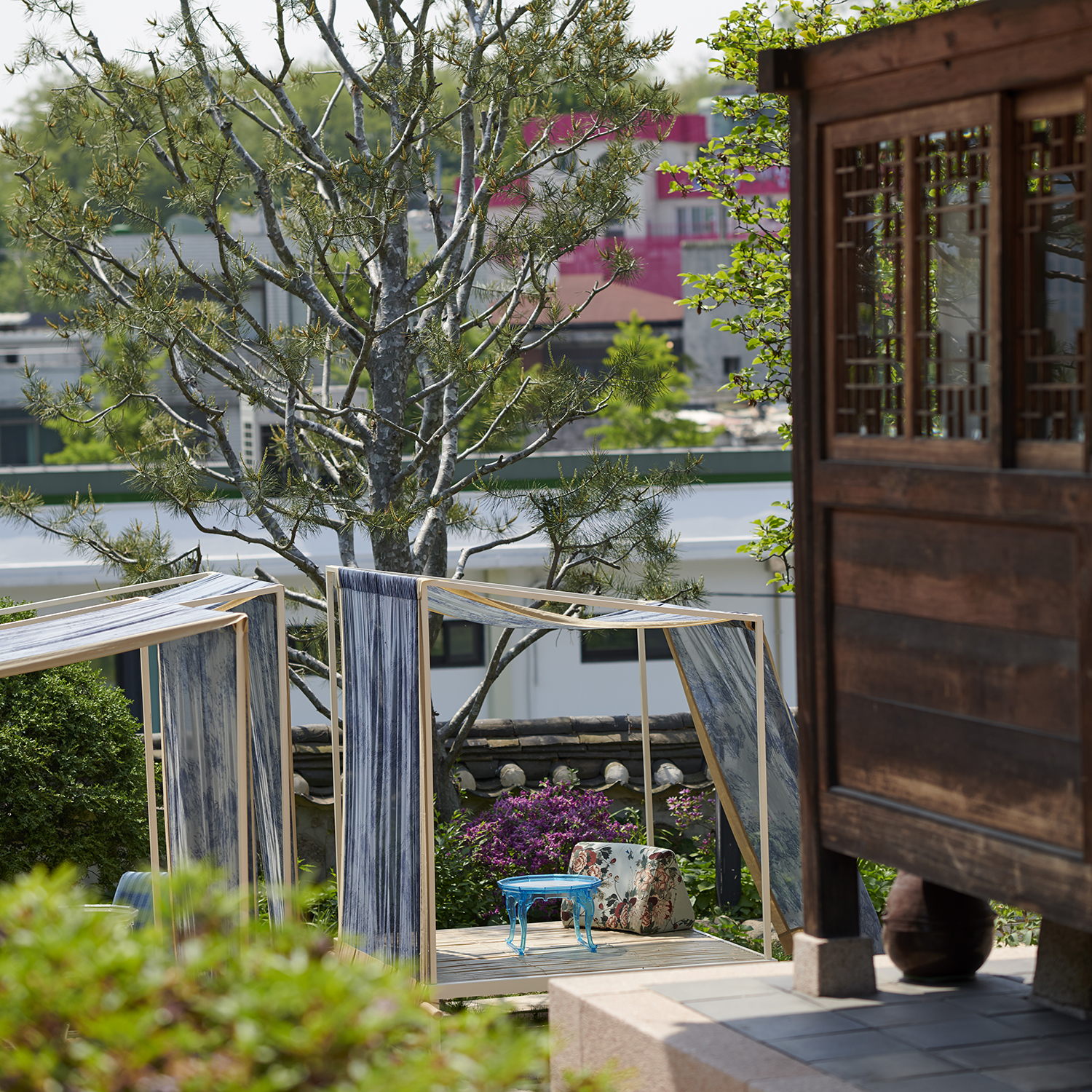 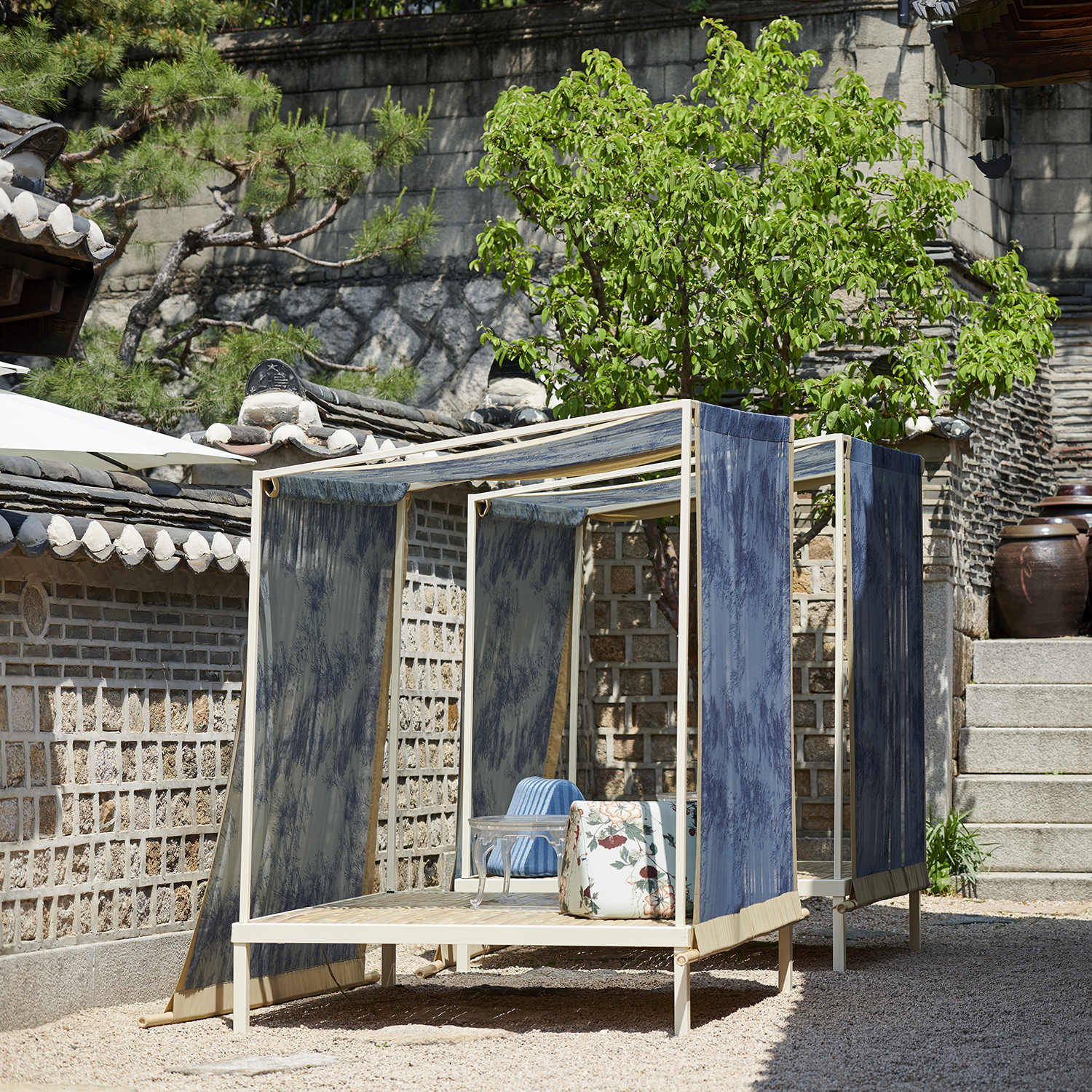 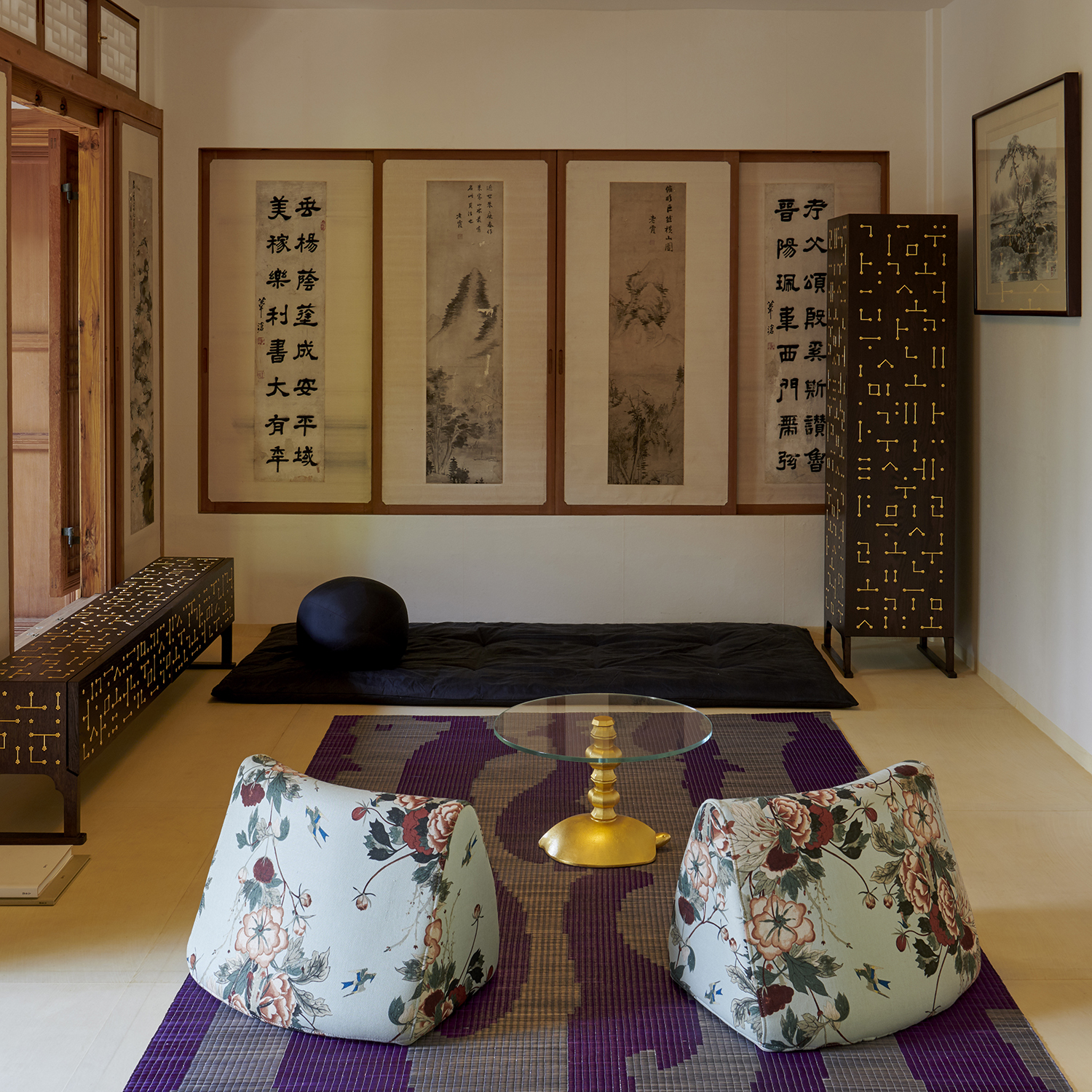 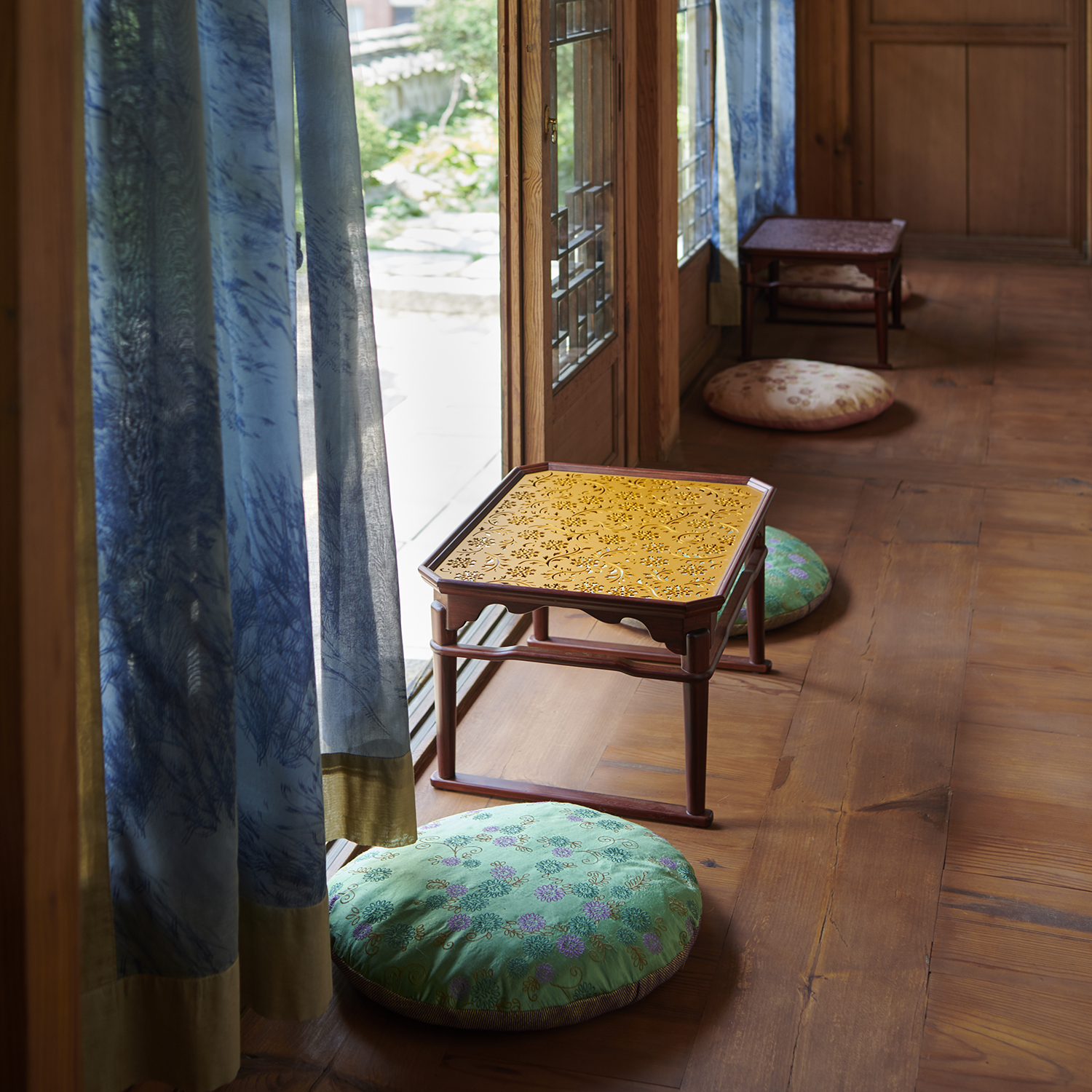 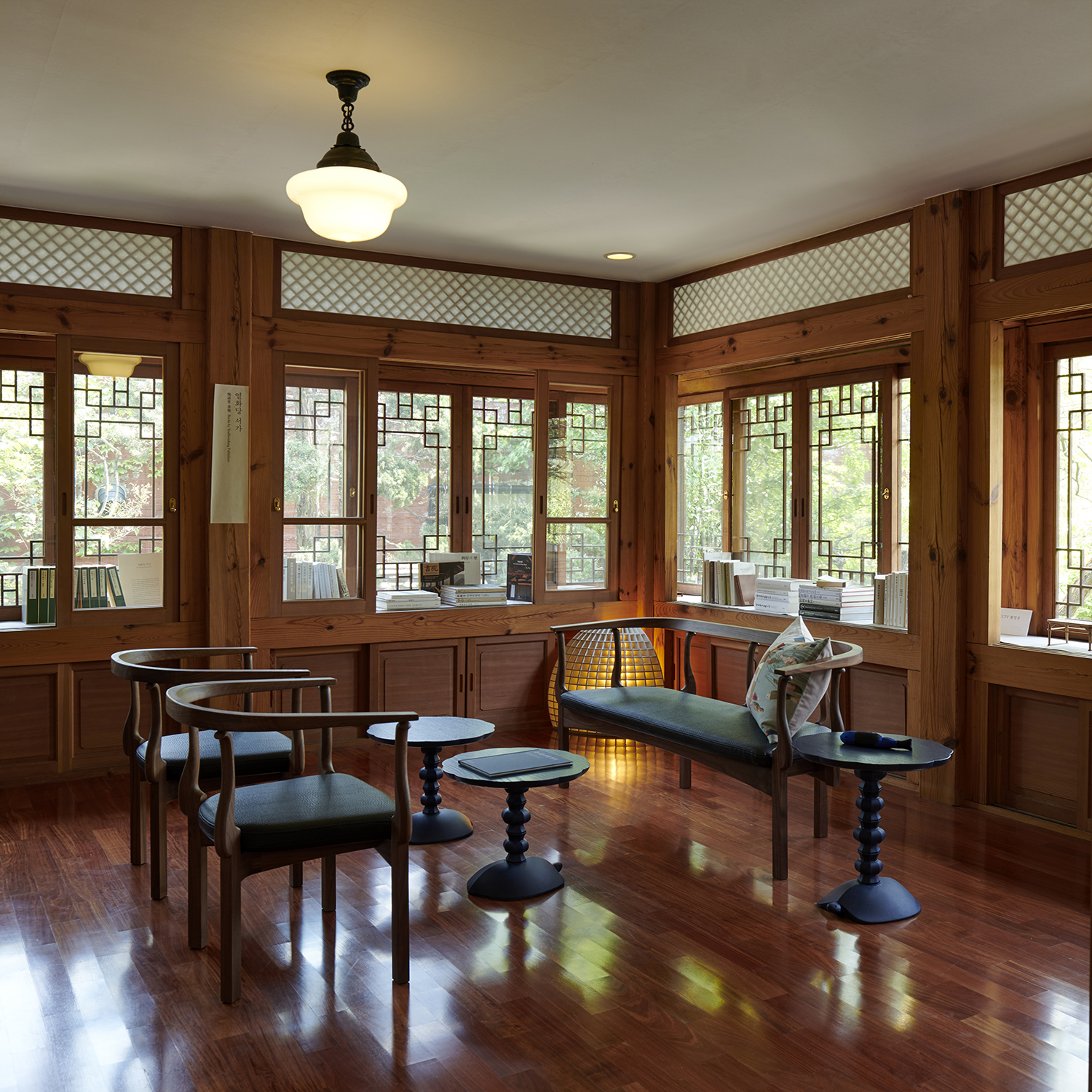 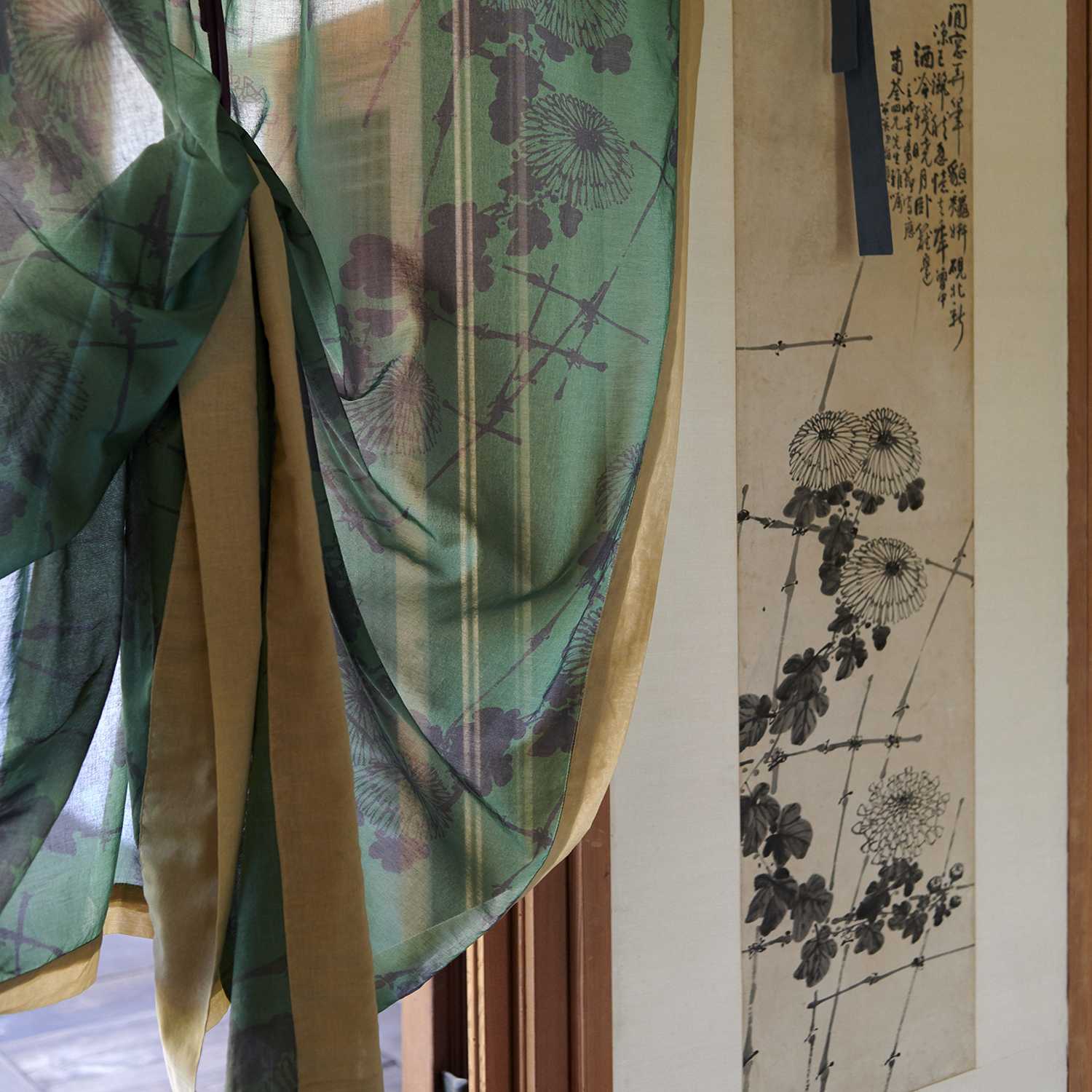 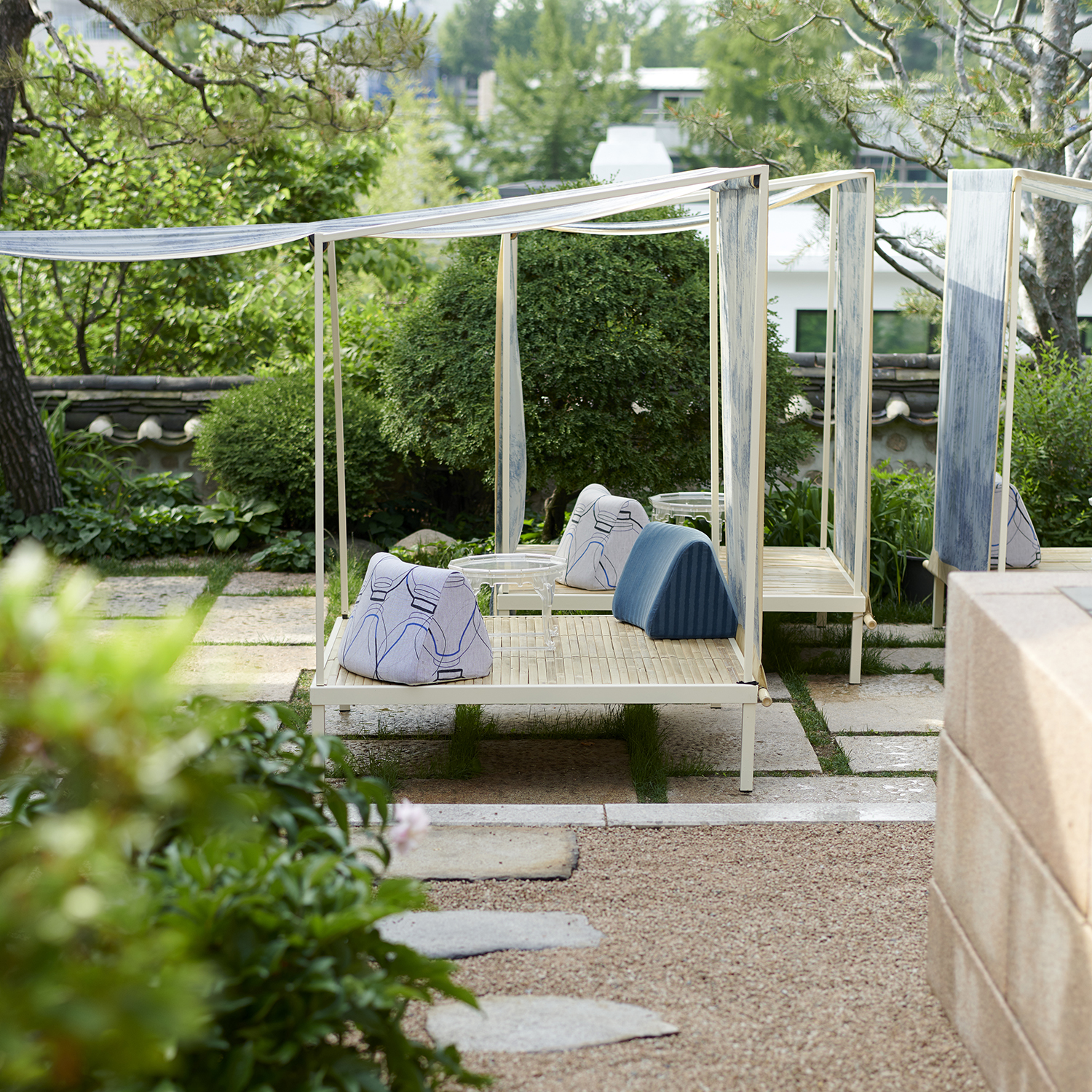 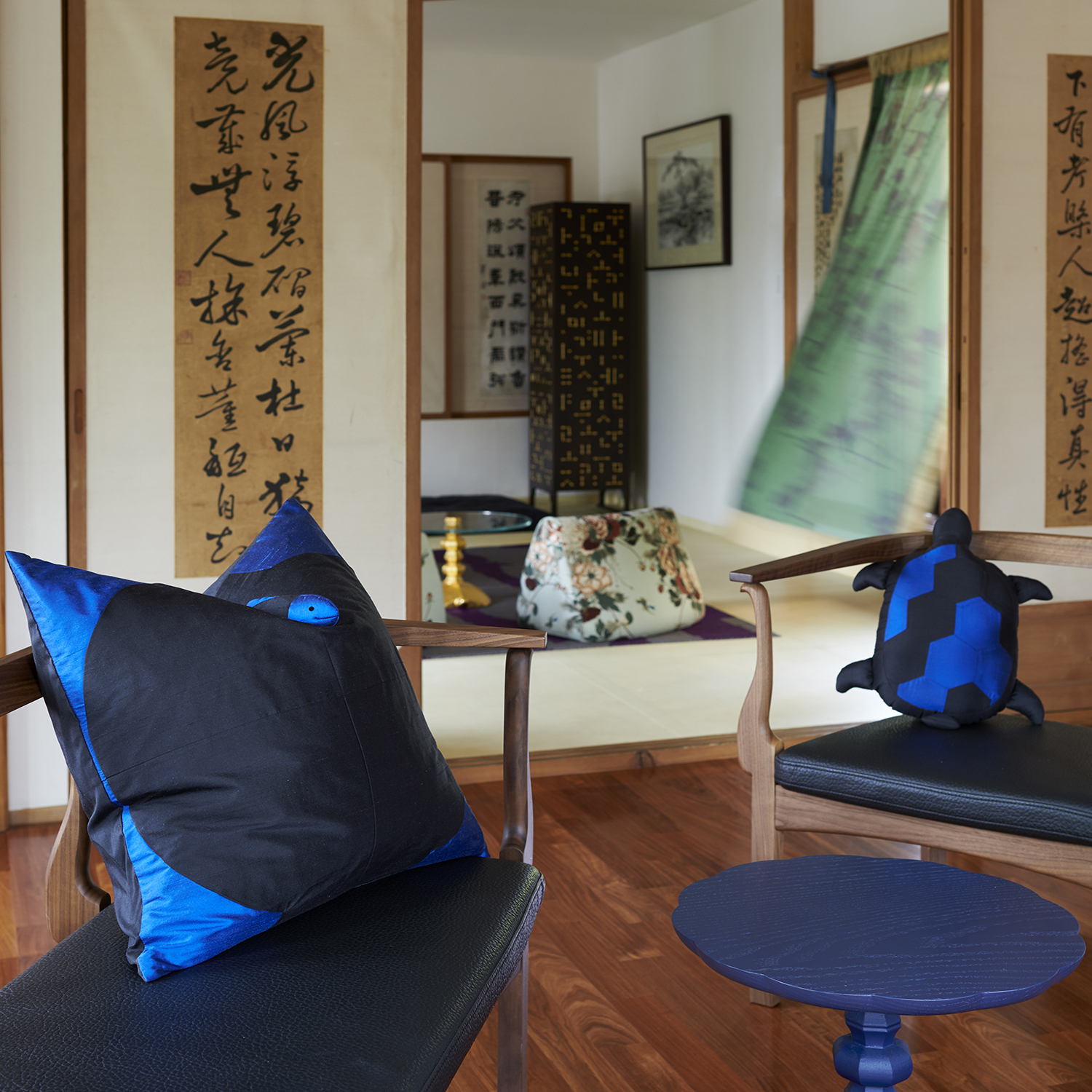 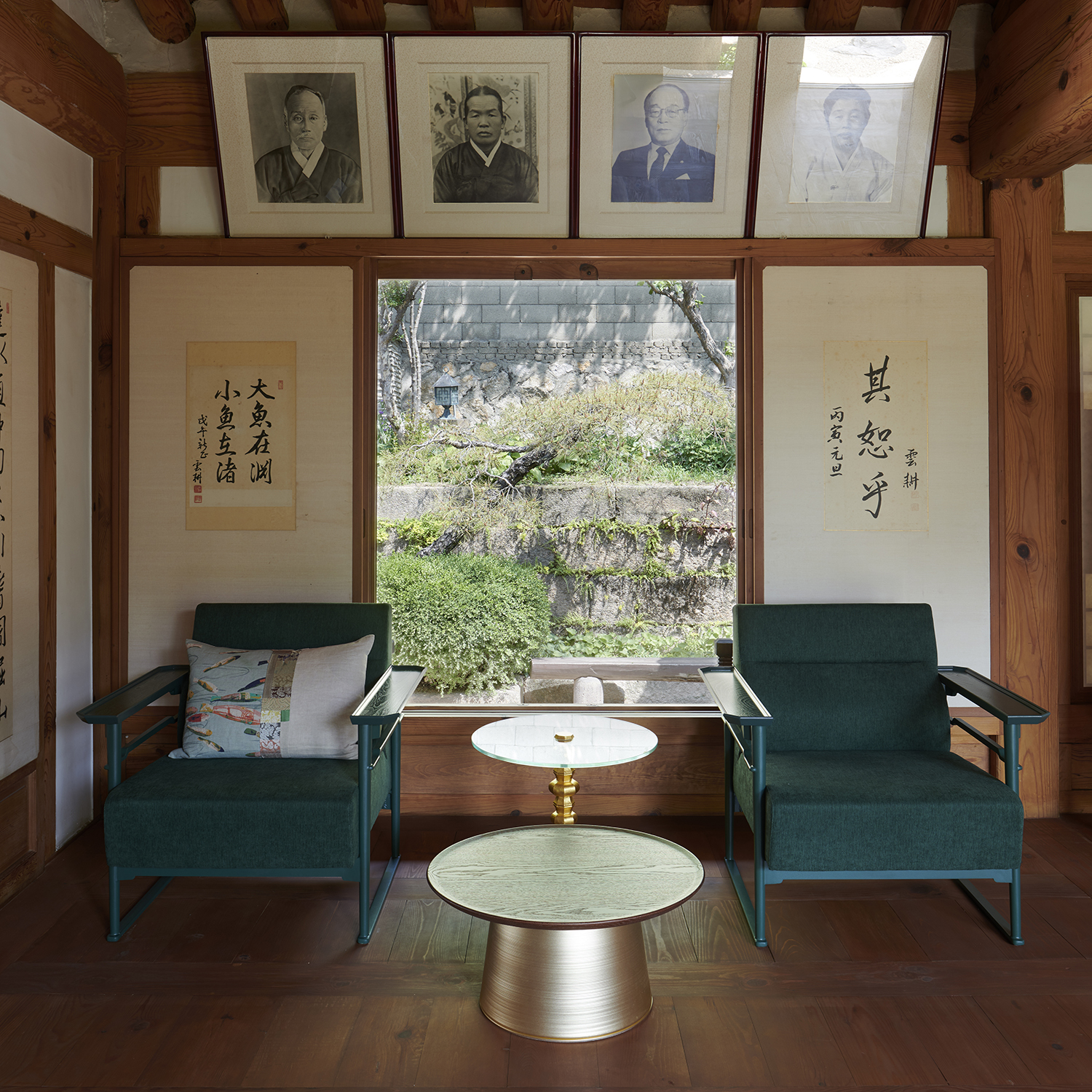 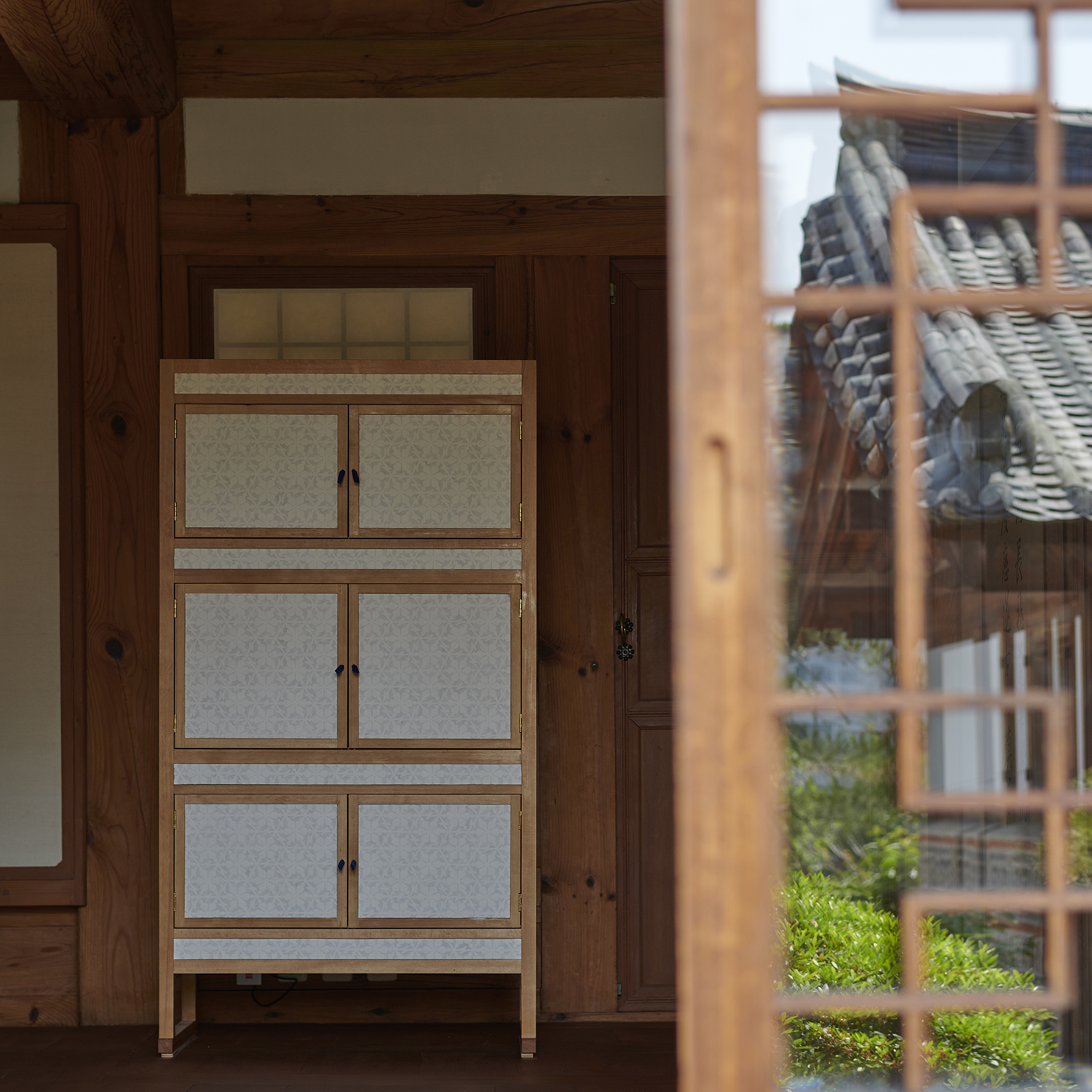 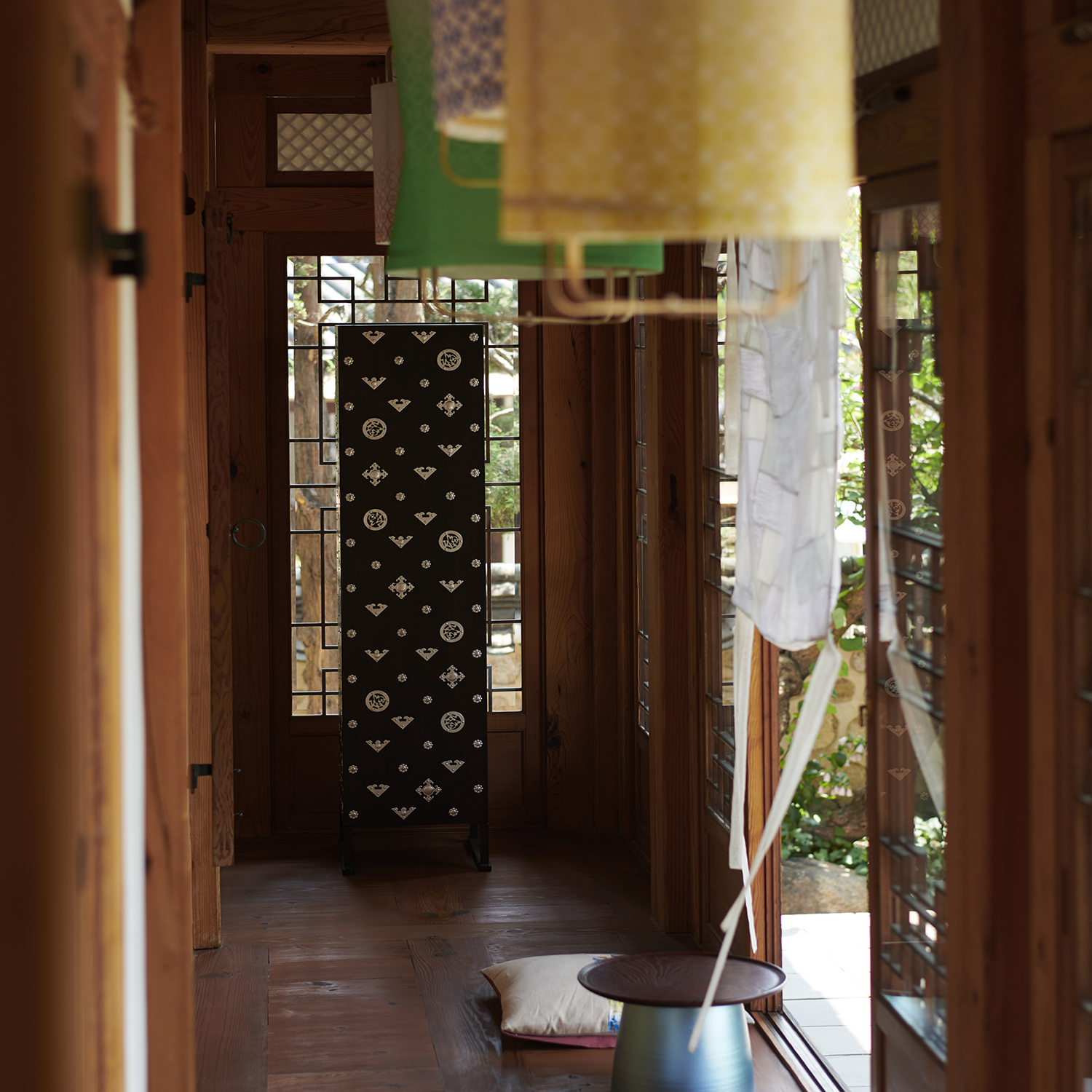 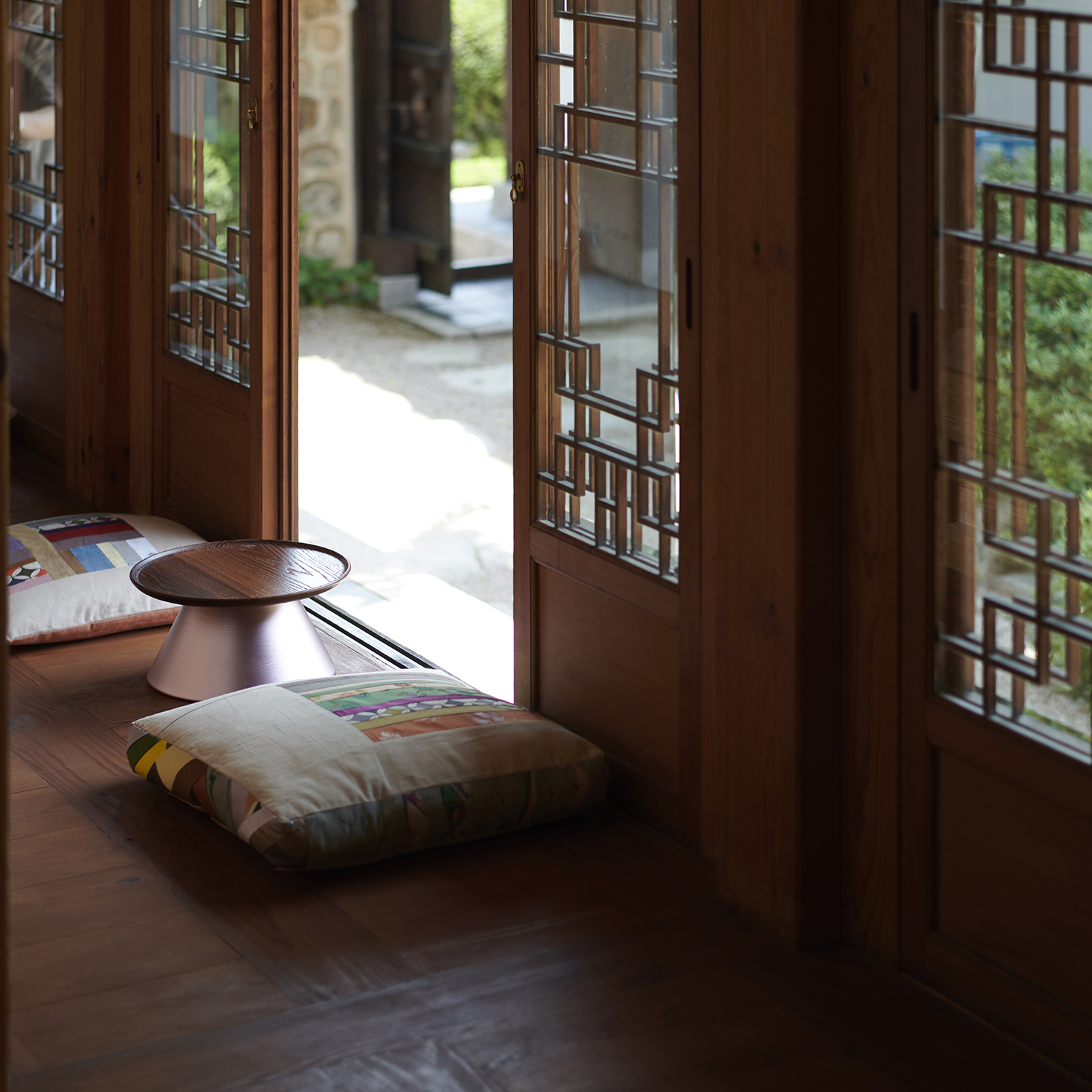 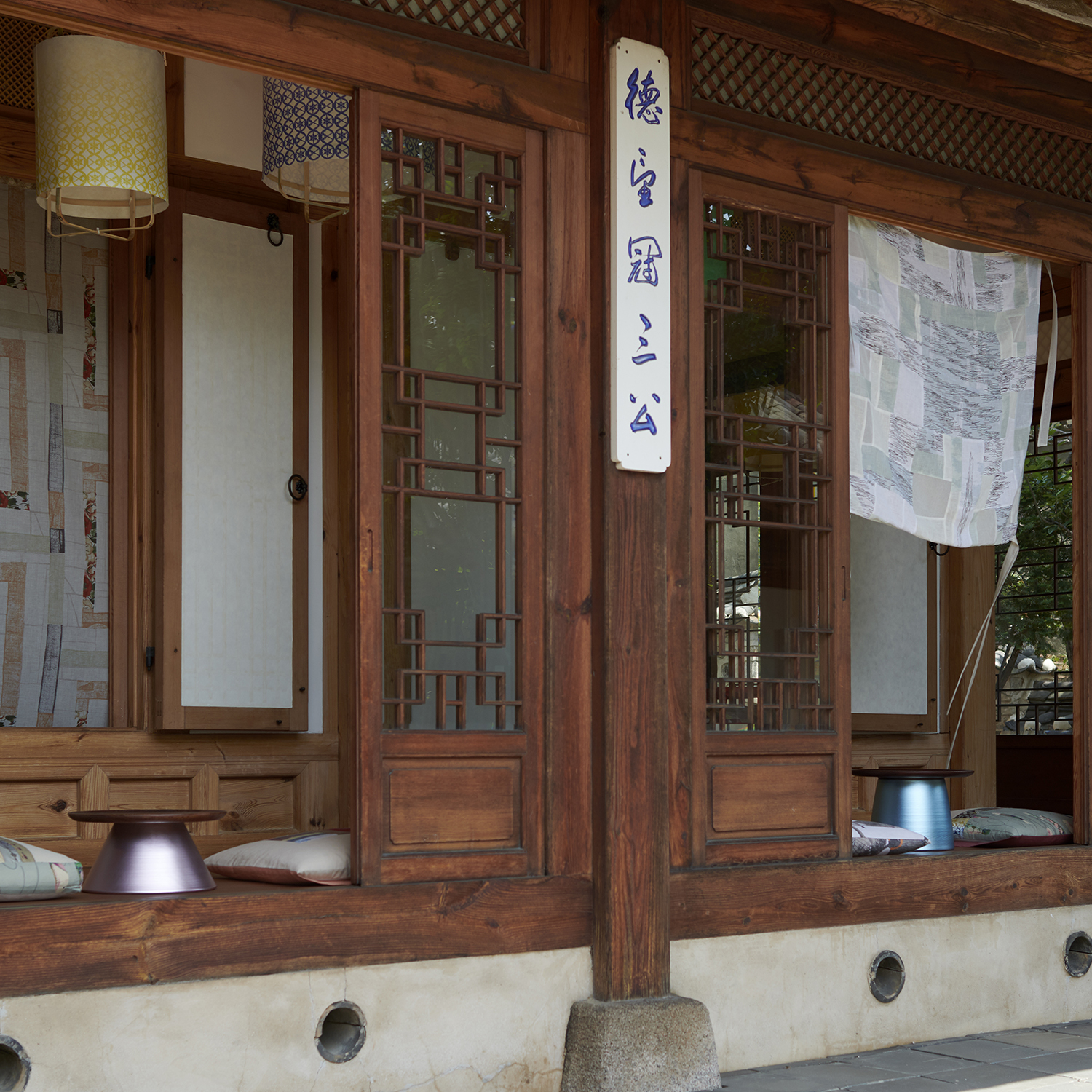 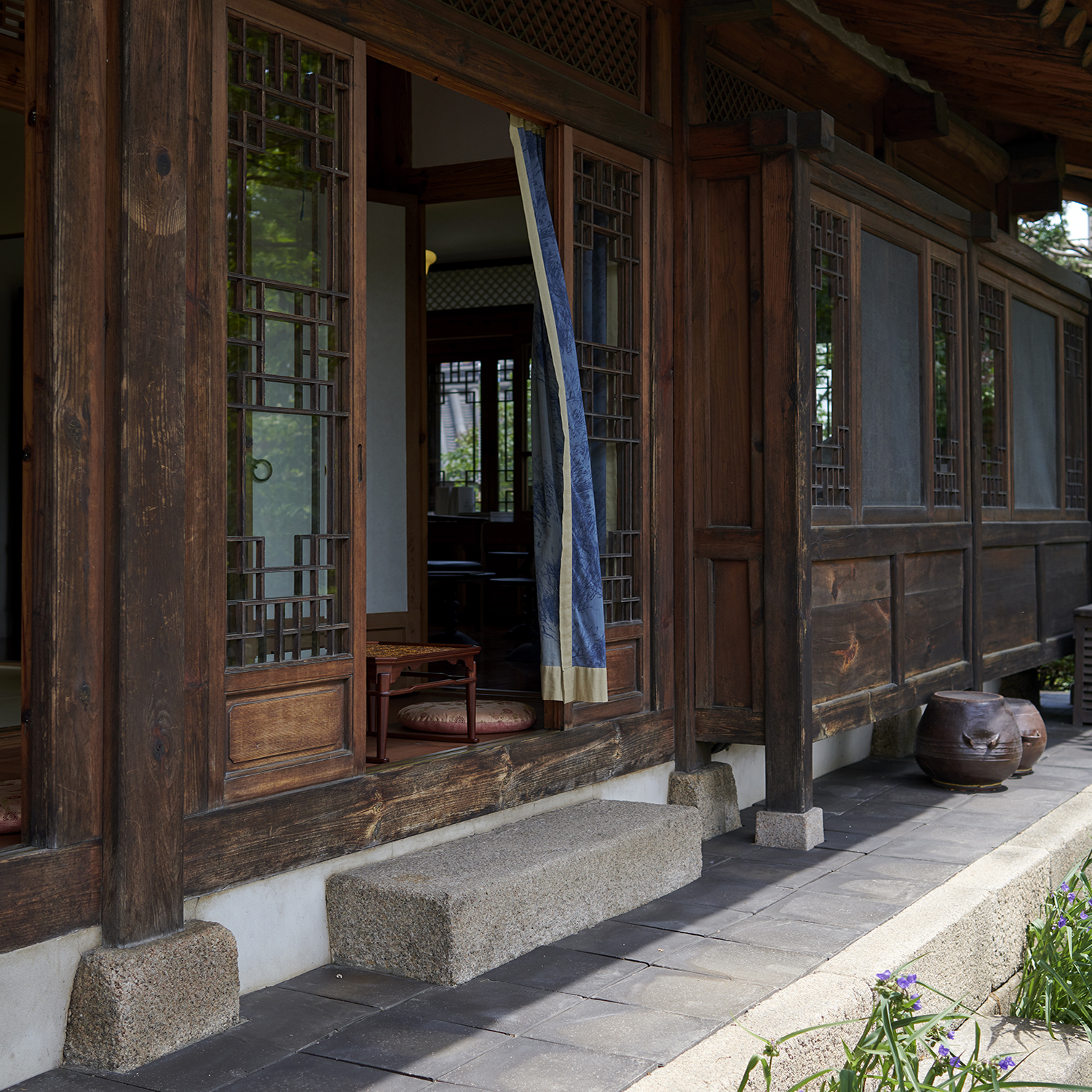 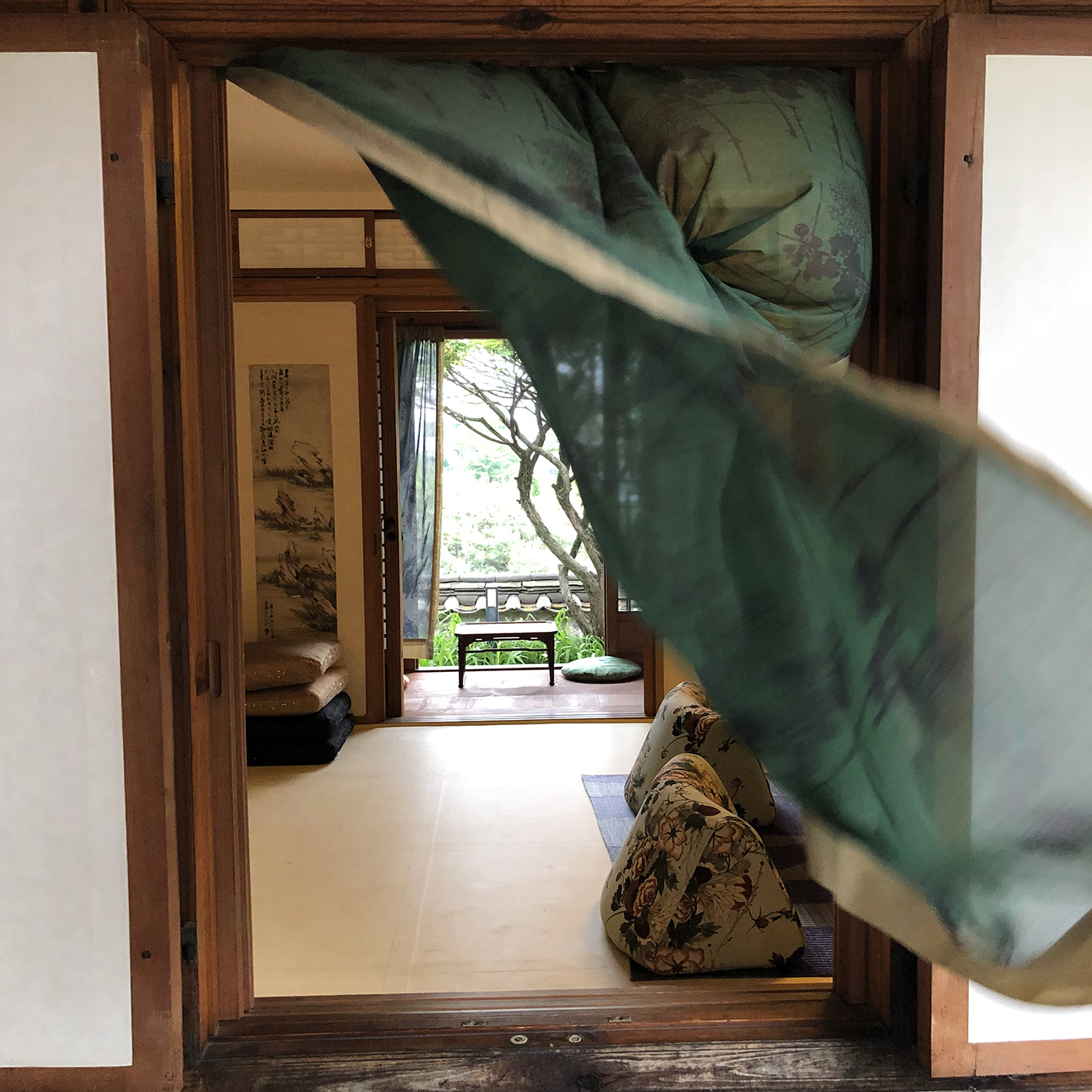 The house of Woon Kyung, the first story_
‘Borrowed Landscape’

​ In the Spring of 2019 the House of Woon Kyung, a historical Hanok(traditional Korean house), is proud to invite two renowned Korean designersfor its first special exhibition.The pattern and surface designer Chang,Eungbok and the furniture designer Ha, Ji Hoonintegrate old and new, reality and the ideal, technologyand sensibility, in order to pursuethe true pleasures of theKorean aesthetic within designs for contemporary everyday life.

This special exhibition aims to communicate the experience of ‘Cha-gyeong’(차경; 借境), a traditional Korean architectural idea meaning ‘borrowed landscape’.As the idea of Cha-gyeongstems from the importance of incorporating the outside landscape as part of the architecture, the designers haveassimilatedtheir works with the pre-existenthouse and its surroundings.

While you wander around the house of Woon Kyung,where a traditional life style and family history are preserved, you can contemplate thepreciousness of Korea’s cultural heritage, and appreciate these designers’splendid endeavorsto continue it today.

The historic ‘House of WoonKyung’ is the traditional Korean house where Lee Chai Hyung(former Speaker of the National Assembly) lived from 1953 until his death in 1992. It is located at the foot of Inwang Mountain, to the northwest of The Blue House.

Built on the site known as Dojeong-goong(one of the Palaces of the Joseon Dynasty), it is where DukHeung Daewon-gunlived, whose third son became the King Seon-jo,14th King of the Joseon Dynasty.WoonKyung(pseudonym of Lee Chai Hyung), a descendant of King Seon-jo, bought the house in 1953, following the Korean War, recognizing that it had nearly 400 years long familyties to his ancestors.

The house is comprised of three parts: ‘An-chae’ (inner quarter for the family) and ‘Sarang-chae’ (outer quarter for men),and ‘Haengrang-chae’ (women’squarters), with a small Oriental pond between the outer and inner quarters. With the ‘GeongGooDang’signboard,meaning ‘Carrying on the old ancestralheritage and further development of their teachings’, hanging above the main entrance to Sarang-chae, the outer quarter, the house was frequented by many politicians and leaders of the country from the time of the enactment of the Democratic Constitution of Korea until recently.